A fun thing to do over the summer is to go out to the bay in SF and go sailing! While the summer sun beats down on you, the brisk wind cools you off. You can sail under the Golden Gate Bridge and get a new perspective of San Francisco from the boat! For your first few days of summer, here are some sailing-themed math problems for you to solve!

1) If the summer wind is 5mph East, how fast do you have to go if you want to sail West at 30mph?

2) You start sailing at 10:30am on a nice summer afternoon, and you want to finish by 2:30pm. If the path you are sailing is 3 miles, how fast do you have to sail to be done in time?

For more fun ways to learn math, visit the Mathnasium of Palo Alto – Menlo Park. Don’t forget to come to Mathnasium to brush up on your math so that you don’t get summer brain drain! We have summer problems that are bound to be fun.

While it may be hard to explore the outdoors in the winter, the perfect places for Menlo Park students to go is the Exploratorium in San Francisco! It is a great day trip to take with the family during the weekend. The Exploratorium allows everyone to interact with exhibits that deal with science, art and the human perspective. The mission statement of this museum is to change the way the world learns. The Exploratorium is only a train ride away from Menlo Park!

While at the museum, ask your Menlo Park children these math questions to get them even more engaged!

1) If you want to spend an equal amount of time in each of the six galleries, and you have 4 hours to spend with your friends from Menlo Park at the museum, how many minutes should you spend at each gallery?

2) There are 58 people in the Human Behavior gallery; how much do all of there tickets cost together if each ticket is $29?

3) If there’s an average of 1,100,000 visits to the museum annuallly, what is the average number of people per month?

We hope you have fun at the Exploratorium, Menlo Park! For many fun ways to learn math in the Stanford area, visit The Mathnasium of Palo Alto-Menlo Park.

Now that we’re deep in the middle of winter, many of us are dreaming about summer vacation… And during summer vacation, what’s more fun for our Stanford students than going to SeaWorld? While we’re daydreaming about SeaWorld, here are some themed math problems for you to work on!

1. You’re taking a family road trip from Stanford to San Diego (SeaWorld)! If it takes exactly 7 hours to drive there, if the distance between Stanford and San Diego is 478 miles, and if you didn’t take breaks while driving, what was your average speed?

4. While watching the Shamu show, you decide to sit in the splash zone with your other Stanford friends. During the show, Shamu splashes 60 gallons of water out of the pool! How many pints of water is that?

We hope that you enjoyed these SeaWorld-themed problems! For many fun ways to learn math in the Stanford area, visit The Mathnasium of Palo Alto-Menlo Park.

Testing. Testing.  This is a test.  If it were more than a test, you’d be totally stressed out.

Now that school is in full swing, some of you may have realized you are missing some essential school supplies. However, lucky you, now that almost all San Carlos kids are in school (and not shopping for school supplies anymore), many of the items go on sale! Let’s do some exercises to figure out how much you will have to pay for school supplies with the available discounts.

If you head to an office supply store in San Carlos and buy 2 protractors, each cost $3.84, and the sale is a 50% discount on the second item, how much will you pay for both total?

Your entire school shopping list comes out to $52.75, after a 15% discount on all items. what was the cost of the items before the discount?

If one store in San Carlos offers pencils for a buy one get one 50% off, each pencil costing 75 cents, and another store offers each pencil for 55 cents, which store will be cheaper to purchase 10 pencils at?

Here are some possible stores in San Carlos to buy supplies:

If you are looking for a fun new game to play with friends, look no further than Palo Alto’s Lawn Bowling Club! Never heard of lawn bowling?  No problem, I will explain everything you need to know about this fun game of angles and acrobatics. Then, if you want to try the game yourself, you can head to the courts in Palo Alto and try out your bowling arm.

In order to play the game, you need a jack ( small white ball), and a set of rolling balls. The aim of the game is to roll your team’s balls as close to the jack as possible, especally closer than your opponent’s rolling balls! The balls are weighted to one side, so you have to perfect the angle of the ball, and the aim and strength of your toss in order to get the rolling ball going the direction you desire. Though our bodies may adjust to this automatically, as we adjust to walking upright when carrying something on only one side, we are subconsciously doing complex calculations to keep balance and roll the ball straight towards the jack.

As you can see from the picture of people playing the lawn bowling game, sometimes you even have to bend down to keep stable, and to better see which exact angle you are throwing the ball in. Though this game is much different than regular bowling, it requires the same amount of practice and attention to the throwing speed and angle. The best part about it is, you can play lawn bowling outside! And Palo Alto has the perfect climate for this type of outdoor fun. See you on the green!

When faced with a  challenging math problem, many kids ask “why am I doing this?” or “when I will ever use this?”. A lot of times these questions are dismissed, but the students’ question of “how will learning this help me in the future?” is a very valid point. Well, if your child wants to know of a career that will require mathematical knowledge, look no further than your backyard! Many professors and researchers and even lab technicians working at Stanford use advanced math, and make really cool and useful things using it! 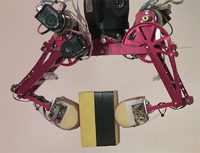 In order to work on all these cool projects, Stanford researchers had to first master all the skills that young math students are learning right now. If you want to work on something cool like this one day, make sure to constantly practice and work on your math skills little by little!

Mathnasium can help. Want more? Make sure to check out our other posts about summer camps around the bay area. In addition to registering for cool camps, don’t forget to leave time for relieving summer “brain drain” at Mathnasium this summer! Visit our websiteat  http://www.mathnasium.com/paloalto-menlopark

Here in Redwood City, we live just a few short miles from the beach. The beach is full of sand, sun, fun, and of course, waves! You like to play in the waves, but have you ever wondered how they really work? In fact, all waves work in the same way– whether sound, light, or beach waves– a

nd this fact is just another phenomenon that can be explained by math!

In order to truly understand waves inside out, you first need to know the parts of a wave. The crest is the highest part of a wave, while the trough is the lowest. A wavelength is the distance between either two crests or two troughs, and lastly, the height of a wave is the vertical distance between the crest and the trough. Meanwhile, the period is the time it takes for an entire wavelength to pass one stationary point. This means that if you are sitting out in the water, and it takes 6 seconds between the two highest parts of the waves to pass you, the period of this wave is 6 seconds! Next time you head out of Redwood City towards the beach, remember this fact and count it yourself!

The next thing you should know about is the speed of a wave!

Since we already know that speed = distance/ time, we can figure out the wave’s speed! “How?”, you ask, “We don’t know either the distace or the time.” Well, yes we do, but in the form of the wavelength and period. The wavelength is the distance value, and the period is the time value. Therefore, you can also calculate the speed of a wave by using the formula speed = wavelength / period. Just make sure to head out of Redwood City with a measuring tool in hand!

Want more? Make sure to check out our other posts about summer camps around the bay area. In addition to registering for cool camps, don’t forget to leave time for relieving summer “brain drain” at Mathnasium this summer! Visit our website at  http://www.mathnasium.com/paloalto-menlopark

A great opportunity to enjoy time with your child and brush up on their math skills is to celebrate Valentine’s Day with them.

Valentine’s Day is celebrated every year on February 14.

Here are some fun ways to celebrate Valentine’s Day with your child.

We hope you have an awesome Valentine’s Day filled with some math!

For more information about Mathnasium of Palo Alto-Menlo Park and other unique word problems, visit our website at  http://www.mathnasium.com/paloalto-menlopark

We also have tons of programs to solidify your child’s math skills and to brush up on new materials during the summer camp session. This includes our Master Series which teaches concepts and skills, Power Work Outs, which prepares your child with new information and brushes up on already learned math topics, and Math Game Sessions which teaches your child math skills in a fun way by playing games.

We hope to see your child at our summer camp! For more information about Mathnasium of Palo Alto-Menlo Park and other unique word problems, visit our website at  http://www.mathnasium.com/paloalto-menlopark